Actively implemented the "Belt and Road initiative". CCI Holdings visited the UAE and Egyptian enterprises to promote exchanges and cooperation.

Five years ago, President Xi Jinping proposed the construction of the "Silk Road Economic Belt" and the "21st Century Maritime Silk Road", namely the "Belt and Road" initiative; In the past five years, President Xi Jinping has stepped into Central Asia, South Asia, West Asia, North Africa, Central and Eastern Europe, etc., and personally promoted the construction of the "Belt and Road" to go deep and steady. 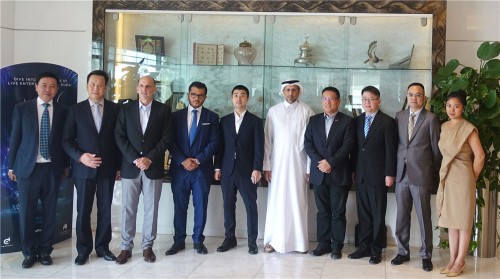 The UAE is located at the intersection of the "two oceans, three continents and five seas" in the Arabian Peninsula. Since ancient times, it has been a necessary place for China to lead to the Maritime Silk Road in Africa and Europe, having unparalleled geographical advantages. China-UAE friendship has a long history. From the ancient Silk Road 2000 years ago to the maritime trade exchanges in the 7th century, the two countries have always been "sincere friends with complementary advantages in development and construction, and important partners in communication and coordination of international and regional affairs." In July 2018, China-UAE relation has been upgraded to a comprehensive strategic partnership, and the two countries are committed to deep cooperation in various fields. The cooperation between CCI Holdings and the Al Habtoor Group of the UAE is based on the "Comprehensive Strategic Partnership" between the two countries, relying on the new driving forces and new opportunities brought by the "Belt and Road" Initiative as well as the commonalities between the two countries in the fields of global real estate, high-end hotels, automobile industry, equity investment, medical and health care, etc., accelerating industrial integration, promoting mutual benefit and win-win investment, and building a strategic partnership of facing the future and advancing hand in hand! 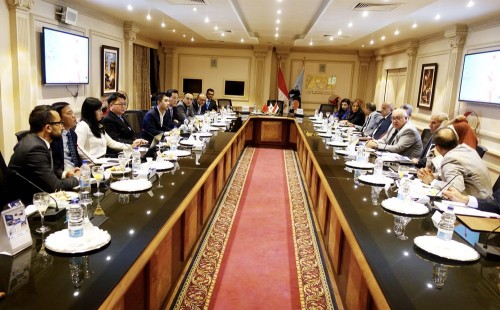 On the morning of August 12, CCI Holdings visited the Arab Organization for Industrialization. The Arab Organization for Industrialization expressed strong interest in CCI Holdings' electric buses, mobile rescue systems and equipment, and safety testing equipment. The two sides reached an agreement on cooperation, determined to advance the work, and signed a memorandum of understanding. In the future, they will carry out in-depth cooperation in the fields of automobile industry and emergency rescue. 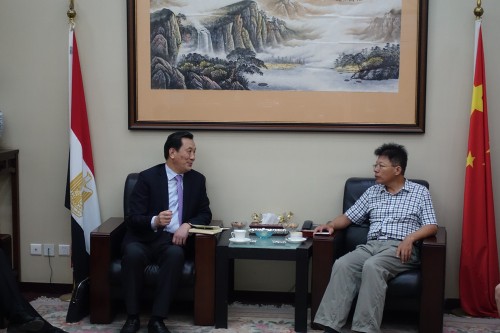 Both Egypt and China are developing countries. China and Egypt have kept good political exchange, economic and trading relations for a long time, and face the same challenges in the course of reform, development and stability. Meanwhile, Chinese "the Belt and Road Initiative" and development strategy of the Suez Canal corridor development in Egypt are highly consistent. Egypt spans two continents of Asia and Africa, faces Mediterranean and Europe in the north, directly connects African continent in the Southwest relying on the Suez Canal, and has the key and unique regional advantages, which is beneficial for CCI Holdings to speed up layout of overseas development strategy. This time, CCI Holdings selected Egypt as the key station for "expansion to the west", and realized "going out" of civilian products relying on the group advantages, and realized cooperation with enterprises in gulf countries for the first time, which has great significance.

Great view makes great pattern, and great pattern makes great business. On the road of building a community of shared future for mankind, CCI Holdings responds to the national proposal of "the Belt and Road Initiative", goes with the trend of economic globalization in the new era, promotes international cooperation of the whole industry chain of civilian integration industry, establish new understanding, new mode and new system. Opportunities co-exist with challenges, only courageous and resolute attitude can lead the new journey, only brave and preserving people can shoulder new mission, CCI Holdings will make every effort to create scientific and innovative investment group of "integration of production and investment" under the background of economic globalization.